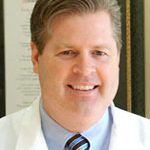 Lyme Disease Testing: Why it Continues to Fail to Properly Identify Lyme Disease

Lyme disease is ultimately a clinical diagnosis, which is based on your symptoms and ruling out other causes of your illness. False positive Lyme tests are rare where false negative tests are common. read more » 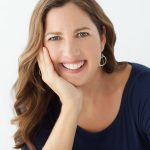 Teaching Patients to be “Bodywise”

In our modern culture, with our ability to eat, work, travel and communicate without paying almost any attention at all to our body’s sensations, it is easy to forget that our body is constantly speaking to us. In the most basic of ways—sensing hunger, pain or fatigue—and in more complex “gut intuitions” about people and situations, our bodies “speak to us” all the time. read more »

In the US, mortality rates from Alzheimer’s disease (AD) have steadily and significantly increased over the past 30 years. Despite this alarming progression, pharmaceutical research has yet to identify a drug which effectively halts this crippling disease. Research on Hericium erinaceus — also known as lion’s mane in reference to its shaggy appearance — has demonstrated unique potential to modify the progression of AD and other neurodegenerative disorders. read more » 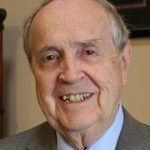 Are all cases of depression the same? Dr. William Walsh thinks this is unlikely. After working with more than 30,000 patients, Dr. Walsh has identified specific chemical imbalances that lead to emotional and mental problems.  Out of his experiences, he identified five distinct biotypes from what was once lumped together as ‘clinical depression:’ undermethylation; folate deficiency; copper overload; pyrrole disorder; and toxic metals. He will be presenting on the five biotypes at the Restorative Medicine Conference in Tucson, AZ this fall. read more » 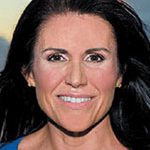 The diagnosis of Postpartum Depression (PPD) is too narrow for most women’s experience. Oftentimes, PPMD comes from a nutritional, hormonal or biochemical imbalance. When it comes to treating imbalance in the body using naturopathic medicine, we always want to look for the cause of the imbalance, and then treat the imbalance itself… read more » 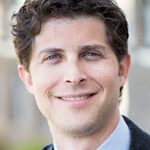 Neurodegenerative conditions are thought to be incurable and debilitating conditions that result in progressive degeneration and/or death of nerve cells. A naturopathic approach can often slow down the progression of the neuronal degeneration, as well as strengthen the central and peripheral nervous systems, decrease oxidative stress and optimize mitochondrial function. read more » 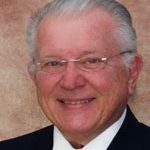 Inflammation and a Solution: Probiotics

Probiotics are live microbial food supplements or components of bacteria, which have been shown to have beneficial effects on human health. They reinforce the various lines of gut defense: immune exclusion, immune elimination, and immune regulation. read more »

Is Bioavailable Curcumin A Myth?

The problem of curcumin’s low bioavailability has driven extensive research into new technologies which can potentially be applied to the manufacture of high-absorption curcumin supplements. read more »

Iodine or Iodide: What’s Really in Our Supplements?

Two forms of iodine are offered in iodine products, however, questions remain about label claims stating the presence of iodine (I2), which may not be present or available after digestion. It is the purpose of this article to review a recent lab test on a product claiming to contain both iodine and iodide in its formula, and to determine the actual amounts of each ingredient. read more »

K1 is best known for facilitating clotting. But K2 (menaquinone) has been found to be far more important for its role in preventing osteoporosis and atherosclerosis. Based on the results of a comprehensive review and analysis of both observational studies and randomized, double-blind clinical trials, he further makes the case for Vitamin K2 supplementation, particularly MK-7. read more »