Diet Induced Acidosis: Is It Real and Clinically Relevant?

The topic of acidosis has long been controversial, and has not yet gained acceptance by mainstream medicine. Some of the reasons for this may be because of the challenges in thoroughly understanding the complexity of the topic, the obstacles in testing serum acidity accurately, and then the challenges of proving it in research. Nonetheless, acidosis has been shown clinically to have a significant effect on health. read more »

Welcome to the Inaugural Issue of the Restorative Medicine Digest! 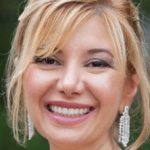 Cardiovascular Disease and the Gender Gap How Metabolic Syndrome Might be to Blame, and What to do About It

Dr. Druz is keenly interested in personalized prevention strategies that combine traditional medicine with functional and integrative therapies. She is a nationally recognized cardiac imaging expert with board certifications in cardiovascular disease and internal medicine. In this interview, she discusses the unique obstacles in diagnosing cardiovascular disease in women and steps that should be taken to increase physicians awareness on this critical topic. read more » 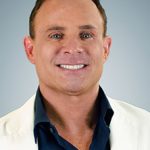 Exceptions to the “TSH Rule:” How Certain Physiologic and Emotional Conditions Thwart the Ability to Detect Cellular Hypothyroidism

There is a common misperception that professional supplement brands use only organic herbs and herbal extracts. In reality, the majority of these products comprise herbs that are conventionally grown — which potentially exposes patients both to the chemicals found in pesticides and herbicides, and those found in the solvents used for extraction. Be sure to know what is in the herbs you recommend to your patients. 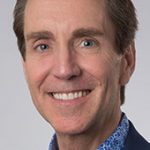 Can T3 Play a Therapeutic Role For Patients With Persistent Hypometabolic Symptoms And Normal TSH Levels?

For years, naturopathic medical schools have included the diagnosis and treatment of reversible hypometabolic symptoms in their curricula — and practitioners have accordingly treated their patients for it. Yet, conventional medicine has resisted the concept. This is largely due to the American Thyroid Association’s official position that hypometabolism is induced… read more » 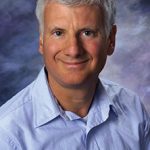 Joseph Pizzorno, ND, is passionate about the topic of environmental medicine and the role of detoxification treatments for counteracting damage caused by excessive exposure to chemicals ubiquitous in modern society. “Toxicity has become the primary driver of disease in the industrial world,” he says. “Thousands of studies now exist showing we have high levels of persistent organic pollutants (POPs), arsenic, cadmium, lead, and mercury, and that they cause disease. And we see a much higher correlation of illness when we look at total body load of toxins.” read more »

Reducing the Effects of Plasticizers Through Detoxification

Plasticizers and BPA have been implicated in causing birth defects, childhood chronic illnesses such as asthma, fertility issues, and cancer. They are known endocrine disruptors that mimic hormones such as estrogen, thyroid, and testosterone. A recent study reveals that people who eat fast food had 20 - 40 percent higher levels of phthalates as compared to people who did not recently eat fast food. read more » 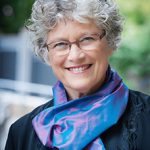 Oral micronized progesterone (OMP) has been shown to effectively mitigate menopausal symptoms, but its cardiovascular safety is largely unknown. Jerilynn Prior, MD, published encouraging research that indicates that OMP does not negatively impact cardiovascular risk factors. This indicates that OMP may be a promising and safe treatment for menopausal symptoms. read more » 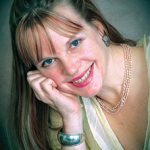