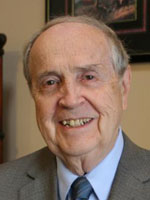 Are all cases of depression the same? Dr. William Walsh thinks this is unlikely. After working with more than 30,000 patients, Dr. Walsh has identified specific chemical imbalances that lead to emotional and mental problems.  Out of his experiences, he identified five distinct biotypes from what was once lumped together as ‘clinical depression:’ undermethylation; folate deficiency; copper overload; pyrrole disorder; and toxic metals. He will be presenting on the five biotypes at the Restorative Medicine Conference in Tucson, AZ this fall.

Undermethylated depression arises from low activity at serotonin receptors due to rapid re-absorption after serotonin is released into a synapse.  This occurred in 38 percent of the patients he studied and is not serotonin deficiency, but an inability to retain the serotonin in the synapse for a necessary amount of time.  Patients usually report excellent improvement in mood with SSRIs, but for some, serious side effects such as headache or loss of libido can occur.  Nutrient therapy should avoid folates, but use SAMe- methionine.  Other nutrients such as zinc, serine, inositol, calcium-magnesium and vitamins A, B6, C, D and E can be supplemented as needed.

Undermethylated people are the “classic depressives,” according to Walsh.  Highly depressed, but typically able to hide it; undermethylation tends to run in families.  About 20 percent of babies are undermethylated at birth.

High copper depression is marked by extreme levels of copper in the blood and brain, causing a dopamine deficiency and norepinephrine overload. Increased copper retention is necessary to rapidly produce capillaries and blood vessels for the growing fetus, and some mothers are unable to eliminate the excess copper.  Walsh suspects that postpartum depression is usually caused by copper overload.  Seventeen percent of the depression patients in the study fit this category.  Most reported little effect from taking SSRIs, but gained relief from embarking on nutrient therapy to normalize levels of copper.

Pyroluric depression occurs when serotonin production is impaired and there is a high level of oxidative stress.  The production of pyrroles/ hydroxyhemopyrrolin can increase with stress, which in turn decreases zinc and B6 – nutrients that are essential for the production of neurotransmitters such as serotonin, melatonin, GABA, and acetylcholine.  SSRIs were advantageous for the 15 percent of the patients with pyroluric depression.  Nutrient therapy includes normalizing B6 and zinc, adding antioxidants, and augmenting with biotin and primrose oil.

Low-folate depression is of critical importance, in that most of the shooters in some 50 school shootings over the past five decades likely had this type of depression, according to Walsh.  For these patients, taking SSRIs can lead to suicidal or homicide ideation.  Nutrient therapy using folic acid and vitamin B12 supplements helped patients in the study.  For some, anti-anxiety drugs (benzodiazepines) such as Xanax, Valium, Klonopin and Ativan were also beneficial.  Twenty percent of the patients in Walsh’s study fell into this category.

Toxic metal depression is caused by toxic-metal overload—usually lead poisoning.  The removal of lead from paint and gasoline has lowered the frequency of these cases.  Walsh estimates that about 5 percent of depressed patients fall into this category.  Nutrient therapy concentrates on zinc, glutathione, selenium and other antioxidants – and calcium in the special case of lead poisoning.  In severe cases, hospitalization and chelation may be necessary.

Editor’s Note: Dr. Walsh is president of the non-profit Walsh Research Institute. His book, Nutrient Power: Heal Your Biochemistry and Heal Your Brain describes the evidence-based nutrient therapy system. He will be speaking at the Restorative Medicine Conference on October 7, 2017 on the five depression biotypes and advanced nutrient therapy. Learn more about his presentation and the conference HERE.