Due to the COVID-19 pandemic we are all working remotely. Please know, we are here to assist you and answer any questions.
We are answering calls and replying to voice messages, and you can also reach us via email, at kirsten@restorativemedicine.org. 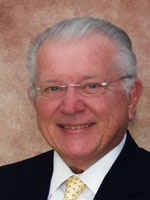 Bacteria are distributed throughout the intestine, with the major concentration of microbes and metabolic activity found in the large intestine: It is known as the intestinal microbiome. The intestinal microbiota are made up of 1000 species of up to 130 trillion microbes, 70% of which cannot be cultivated in a microbiology laboratory. Whereas the human genome carries some 22 000 protein-coding genes, the human microbiome contributes 8 million genes, or 360 times more bacterial genes than human genes. In one milliliter of colonic content, there are more bacteria than people inhabiting this planet.1-4

The microbiome starts at birth, when the newborn is exposed to maternal microbes from the birth canal or from maternal skin during a Caesarian section, as well from hospital personnel and medical instrumentation, and then it rapidly colonizes the gastrointestinal tract (GIT). It continues to develop until approximately age 3 years, when it reaches a form that continues on through adulthood. Several studies following the microfloral development in vaginally born infants and in infants born by Caesarean section have shown major differences in culturable microflora. There are a number of factors that affect the microbiome, starting with whether it is a Caesarian section or natural birth, as well as antibiotics, nutrition—both neonatal and adult—degree of hygiene, and age.5-7

The gut microbiome is essential for the host for digestion, including the breakdown of dietary fibers and complex carbohydrates, the synthesis of vitamins, and the production of short-chain fatty acids. The balance and makeup of the microbiota play a critical role in metabolic functions.

Furthermore, it is vital in establishing a person’s susceptibility to gastrointestinal infections and can prevent the attachment of pathogenic bacteria by colonization resistance, sustaining an appropriate intestinal pH, and outcompeting the pathogens for nutrients.8-10

The vital and essential immunological hyporesponsiveness to antigens in the GIT is known as oral tolerance. This applies to both dietary antigens and the resident microflora. The principal mechanism for the maintenance of gut homeostasis is by cytokine regulation, which allows for the tolerance of immense amounts of dietary antigens in the gut and the healthy contact of the microbiota with the epithelium: Humans consume approximately 1 ton of food annually. This homeostatis requires epithelial integrity and effective gut barrier functions. The gut barrier mediates antigen transport.

The reliability of the intestinal mucosal defense depends on a number of factors, including the elimination of foreign antigens that have been presented to the mucosa and the control of antigen specific immune responses.11-13

One of the most important roles of the microbiota is the development and sustainment of local and systemic immunity through homeostasis of its environment. This has been demonstrated in studies showing the expansion of T and B cells in mesenteric lymph nodes and Peyer’s patches, including CD4+ cells and FOXP3 Treg cells. An altered gut microflora has been reported in patients with rheumatoid arthritis and other autoimmune diseases as well as in allergic disease, implying that the normal gut microflora constitutes an ecosystem responding to inflammation in the gut and elsewhere in the human body.14,15

Dysbiosis of the gut microbiota has profound effects on immune function and leads to inflammation. One common cause of dysbiosis is the Western diet as it affects both immune homeostasis and the gastrointestinal tract. For example, a high-sugar-content diet allows for the overgrowth of Clostridium difficile and Clostridium perfringens by increasing bile secretion. This dysbiosis can lead to metabolic syndrome, diabetes, obesity, celiac disease, inflammatory bowel disease, and irritable bowel syndrome.16-19

The inflammation due to dysbiosis triggers microbial induced obesity along with metabolic syndrome and type 2 diabetes. One mechanism for this is endotoxemia due to elevated levels of lipopolysaccharides (LPSs). For example, the high-sugar, high-fat Western diet, when fed to individuals for 1 month can induce a 71% increase in plasma levels of endotoxins. Another study showed that individuals with type 2 diabetes have increased levels of plasma LPS. When this inflammation becomes chronic, it can lead to insulin resistance, insulin unresponsiveness, hepatic fat deposition, and excessive adipose tissue development, eventually leading to serious and potentially lethal cardiovascular consequences.14,18-20 Treatment of dysbiosis should be instituted early as a preventative method. Treatment with probiotics can reverse the many metabolic alterations triggered by inflammation associated with dysbiosis and restore the microbiota. The changes in the microbiota induced by probiotics have been shown in studies to alter the onset of diabetes.21-23

Probiotics are live microbial food supplements or components of bacteria, which have been shown to have beneficial effects on human health. They reinforce the various lines of gut defense: immune exclusion, immune elimination, and immune regulation. Probiotics also stimulate nonspecific host resistance to microbial pathogens and thereby aid in their eradication. A probiotic should be able to survive the gastric barrier and bile acids to make it through the GIT and reach the colon. It should have the ability to colonize the intestinal tract to perform its functions as a probiotic. A probiotic should be able to improve mucosal immunity and support barrier function. It should be able to competitively exclude pathogenic microbes. Bacillus subtilis are spore-forming bacteria and is one of species of the Bacillus genus that fit this criteria; these spores survive the transit through the stomach and small intestines to reach the microbiome in the colon, where they germinate, proliferate, then resporulate. Studies have shown that orally ingested B subtilis spores are immunogenic and can disseminate to the Peyer’s patches and mesenteric lymph nodes. Thus, they offer some advantages over the more common Lactobacillus. The average over-the-counter probiotic typically has lactobacilli and bifidobacter organisms in various amounts, with some trying to outdo the other with larger and larger amounts of organisms. The gastric survival of these has been shown to be low as many are not acid stable.24-30 The probiotic paradox is that dead cells can generate responses from the GIT, mainly immunomodulatory rather than antimicrobial.31

There are multifactorial etiologies for inflammatory bowel disease (IBD), including genetic susceptibility with impaired mucosal barrier. This allows microbial antigens to more readily cross the epithelial barrier, which can lead to chronic inflammation. The microbiota is critical for the activation of innate toll-like receptors to maintain intestinal homeostasis. With an increase in invasive bacterial species as seen in dysbiosis, there can be a decrease in protective bacteria resulting in immune activation with disruption from Th1 and Th17 immune responses, loss of immunological tolerance, and increased mucosal permeability. It is essential in IBD to modify dietary choices and use probiotics for the maintenance of the microbiota. Ingestion of probiotic bacteria has the potential to stabilize the immunological barrier in the gut mucosa by reducing the generation of local proinflammatory cytokines. Studies have shown clinical benefit in reversing some of the immunological disturbances characteristic of Crohn’s disease.12,23,25

Irritable bowel syndrome (IBS) can be divided in general into 2 areas: constipation dominant and diarrhea dominant. Each of these is associated with distinct changes in the microbiota. There is a subset of IBS in which there is small intestinal bacterial overgrowth (SIBO). One factor in IBS is low-grade mucosal inflammation with increased expression of TLR4- and TLR5-initiated microbial stimuli of immune responses. Probiotics are an alternative therapy from prescription pharmaceuticals in abating the symptoms of IBS, including for SIBO.33-36 Probiotics can stabilize the gut microbiota and the intestinal permeability barrier, and they can improve the degradation of enteric antigens and alter their immunogenicity by countering the progression of inflammation. In addition, they can improve the immunological barrier, in particular the intestinal immunoglobulin A responses. Probiotics are also able to mediate the balance between pro- and anti-inflammatory cytokines, thereby quelling the inflammation.25,32,35,37

Normalization of the properties of unbalanced indigenous microflora by specific strains of the healthy gut microflora constitutes the rationale in probiotic therapy. Probiotics may halt the vicious circle in inflammation. The probiotic performance manifests itself in normalization of the increased intestinal permeability and altered gut microecology, improvement of the intestine’s immunological barrier functions, and alleviation of the intestinal inflammatory response. The targets for probiotic therapy are identified as clinical conditions involving impaired mucosal barrier function, particularly infectious and inflammatory diseases.

Andrew Campbell, MD is the editor-in-chief of two peer-reviewed and indexed medical journals. Dr. Campbell trained at the Orlando Regional Medical Center in Florida and at the Medical College of Georgia before moving to Houston, Texas, where he was the medical director of the Medical Center for Immune and Toxic Disorders for over 20 years. He has served as president or vice-president of a number of medical organizations, both national and international.

Dr. Campbell will be speaking at the Tucson Annual Restorative Medicine Conference, October 5-8, 2017, on “Prevention and Treatment of the Aging Brain”. He will discuss what measures are needed to prevent the brain from aging and what can be done to reverse cognitive decline, presenting studies from the medical literature with emphasis on the use of probiotics for both prevention and treatment.

This article is protected by copyright. To share or copy this article, please visit copyright.com. Use ISSN#1078-6791. To subscribe, visit alternative-therapies.com

8. Tappenden KA, Deutsch AS. The physiological relevance of the intestinal microbiota—Contributions to human health. J Am Coll Nutr. 2007;26(6):679S-683S.

13. Sanderson IR, Walker WA. Uptake and transport of macromolecules by the intestine: Possible role in clinical disorders (an update). Gastroenterology. 1993;104(2):622-639.