Insomnia and sleep disturbance are common in children and adolescents. Parents and medical providers often wonder whether melatonin supplementation is a safe choice in these age groups. Small-scale studies suggest that long-term melatonin supplementation safely and effectively treats sleep onset insomnia in children with attention-deficit hyperactivity disorder (ADHD) and/or autism spectrum disorder (ASD). Documented side effects have been minimal and relatively benign. This paper is a brief review of the clinical indications, side effects, and potential long-term implications of supplementing melatonin in children.

Melatonin is a hormone synthesized from serotonin and secreted by the pineal gland in response to darkness. In addition to regulating circadian rhythm and sleep, it may have multiple other benefits including antioxidant, anti-inflammatory, immune-enhancing, anti-cancer, and neuroprotective effects. According to the 2012 National Health Interview Survey, 1.3% of US adults and 0.7% of children aged 4–17 years used melatonin.1 A 2003 survey of 671 primary care pediatricians found that 15% recommended either melatonin or herbal remedies for children with difficulty initiating or maintaining sleep.2 Neither survey queried whether children had any health conditions beyond insomnia.
The majority of research on the pediatric use of melatonin has looked at young subjects with neurodevelopmental disorder diagnoses, such as attention-deficit hyperactivity disorder (ADHD) or autism spectrum disorder (ASD).3,4 Melatonin has been shown to improve sleep onset insomnia (SOI) and sleep duration safely in these populations,5 but its safety and effectiveness for treating SOI in the general pediatric population have not been studied. The gold standard of treatment for SOI in children remains cognitive behavioral therapy and behavior modification such as a healthy bedtime routine that includes avoidance of blue light–emitting devices in the evening. In many cases, implementing these lifestyle changes may be more effective than supplementing with melatonin. Behavior modification can be difficult to implement; however, a safe, evidence-informed alternative would be a welcome option. This paper reviews some of the available evidence for the therapeutic effects of melatonin supplementation in children.

INDICATIONS FOR MELATONIN SUPPLEMENTATION IN CHILDREN

Preclinical studies indicate that melatonin may protect the brain from further injury following physical head trauma or oxygen deprivation. For example, melatonin treatment helped restore baseline cognitive function in adolescent rats with traumatic brain injury.6 With regard to clinical trials, PLAYGAME (Post-Concussion Syndrome in Youth—Assess the GABAergic Effects of Melatonin) is a randomized controlled study currently underway that is investigating the effects of nightly sublingual melatonin supplementation (3 or 10 mg) on post-concussion symptoms in young people aged between 13 and 18 years. However, the results of this study are yet to be published.7
In a study of 20 newborns who experienced asphyxia during birth, one half was given 10 mg of melatonin every 2 hours for a total of four doses.8 All newborns in the melatonin group survived and showed improvement in oxidative stress as measured by malondialdehyde and nitrite/nitrate levels. In contrast, about one-third of newborns in the control group died within 3 days. In another study of neonates with hypoxic-ischemic encephalopathy caused by oxygen deprivation, melatonin administration at 10 mg/kg/day for 5 days improved the mortality rate at 6 months and was associated with the absence of developmental and neurological abnormalities.9

STUNTED GROWTH IN CHILDREN WITH ADHD

Melatonin supplementation may help children who take stimulant medication for ADHD achieve normal growth stature. Stimulant therapy for ADHD may cause a small reduction in adult height by suppressing appetite and reducing food intake. It may also slow growth of cartilage tissue and suppress growth hormone secretion via a dopaminergic effect.13 In an 8-week randomized placebo-controlled study of 50 children aged 7–12 years who were taking methylphenidate (Ritalin), the group receiving melatonin therapy (3 or 6 mg/day based on the weight below or above 30 kg, respectively) had greater gains in height and weight compared with controls. These gains did not reach statistical significance, however, possibly due to small sample size. The improvement in growth was attributed to the melatonin’s regulation of circadian rhythm, which resulted in improved sleep, and allowed for optimal release of growth hormone.14 Melatonin has been extensively studied in children with ADHD for its effects on sleep.3,4,15 It appears to be safe to supplement melatonin alongside stimulant medication to support the regulation of sleep patterns, which could contribute to a more normal growth curve.

Sleep disorders are common among children with ASD. The effects of melatonin supplementation on child behavior and caregiver quality of life were assessed in a 13-week placebo-controlled, double-blind study involving 125 children with either ASD or Smith–Magenis syndrome, a rare developmental disorder characterized by speech delay, sleep disturbance, and behavioral problems.16 Children were given 2–5 mg of prolonged release melatonin or placebo. Behavior was assessed using the Strengths and Difficulties Questionnaire. Melatonin treatment resulted in statistically significant improvement in externalizing behaviors (problem behaviors directed toward others or the external environment), as well as in caregiver quality of life. Neither set of improvements was found in the placebo group.15 Participants were followed up for 52 weeks, during which time melatonin continued to provide the same beneficial effects, with the most common reported adverse effects being fatigue (5.3%) and mood swings (3.2%).4

The safety and effectiveness of different doses of melatonin for chronic sleep-onset insomnia in children were investigated by the MELDOS Trial. No other diagnosis was required for participation, and exclusion criteria included insomnia due to psychiatric problems and recent use of stimulants. Sixty-nine children participated in this trial with melatonin doses ranging from 0.05 to 0.15 mg/kg. The authors concluded that melatonin at a dose of 0.05 mg/kg was effective for advancing sleep onset, and increasing the dose did not improve this effect.17 Adverse effects noted included reddening of cheeks, earlobes, and eyes, and increased yawning in 15 children. Eight children experienced pallor, dizziness, and feeling cold, with one of the eight experiencing dizziness and nausea.17 The frequency of adverse effects increased with dosage. Fifty-nine children completed follow-up 1–4 years later. Of the children on melatonin, occasional headaches were reported in 58%, and 38% reported regular headaches.18 (Note: A population-based study involving 1547 children in Brazil found a 38.9% occurrence of low-frequency episodic headache in the general preadolescent population.19) The adverse effects of melatonin reported by this study seem relatively mild when compared with those of diphenhydramine, the most prescribed over-the-counter medication for insomnia in children.2 Potential adverse effects of diphenhydramine include loss of coordination, dry mouth, blurred vision, tremor, headache, and nausea. Studies of adults suggest that supplemental melatonin does not suppress endogenous production,20–22 but no comparable studies were found for children.

When combined, melatonin and sodium oxybate (for narcolepsy in children over the age of 7 years) can contribute to respiratory depression and potentially even coma or death. There are also documented moderate interactions between melatonin and other drugs such as with sedatives like zolpidem (Ambien), so providers should always do due diligence in checking for interactions before recommending melatonin. Melatonin is to be used with caution in patients taking anti-hypertensive medication as it has been shown to increase blood pressure. Melatonin may also interfere with immunosuppressive medications, so the use is contraindicated in patients on such therapies.23

A concern for both clinicians and parents in supplementing melatonin in children is whether it has the potential to affect the timing of puberty. Abnormal pubertal timing has been associated with the increased risk of several diseases including cardiovascular disease and type II diabetes.24 Idiopathic, self-limited, delayed puberty has negative impacts on fertility, the timing of secondary sex characteristics, peak bone mass, and psychological well-being. Conversely, delayed puberty is associated with the decreased risk of breast, endometrial, and testicular cancers.25 It is uncertain whether these risks and benefits would also apply to an alteration in pubertal timing resulting from medication or supplement use.
It was previously thought that melatonin levels dropped prior to the onset of puberty in humans,26 and that this drop may be involved in triggering the onset of puberty. Speculation therefore arose that boosting melatonin levels, during a time when endogenous melatonin would naturally decline, could cause a delay in pubertal onset.27 Recent research has shown that melatonin levels actually drop between Tanner stages II and III, after puberty has already begun. It is unknown whether declining levels of melatonin play a role in triggering puberty or whether an aspect of puberty alters melatonin levels.28
Preclinical studies have shown that long-term melatonin supplementation delays puberty in rats,29 but no comparable studies on pubertal timing have been conducted in humans for obvious ethical reasons. However, the question of delayed pubertal timing has been explored as a secondary outcome in three small observational studies. A study by Zwart et al.30 suggested that melatonin may cause pubertal delay, but this conclusion did not hold when a follow-up study was conducted a year later.18 The study by Zwart et al. involved 33 participants from the MELDOS Trial who completed a questionnaire that included one item to subjectively assess “perceived” pubertal timing. Of the 33 respondents, 31.3% reported late pubertal onset, 56.3% reported normal timing of onset, and 12.5% reported early timing. No objective scales for evaluating early, normal, or late onset of puberty were used.30 Among the age-matched controls that consisted of 8951 Norwegian adolescents and young adults who were not taking melatonin, 17% reported late pubertal onset, 52.1% normal onset, and 30.9% early onset.30
The follow-up study a year later determined Tanner stages for 16 boys and 30 girls from the MELDOS Trial, concluding that pubertal onset was undisturbed after 3.1 years of exogenous melatonin supplementation.18 A longitudinal study that looked at melatonin use in 44 children with both neurodevelopmental and sleep disorders concluded that pubertal timing was within normal limits.28

Melatonin has been shown to be effective in treating insomnia in children with ADHD/ASD. It also shows promise in reducing externalizing behaviors in children with ASD and in improving growth in children taking stimulant medication for ADHD. Ongoing research suggests it may also help reduce damage in instances of head trauma and oxygen deprivation. The impact of exogenous melatonin on pubertal timing in humans has not been studied sufficiently, but side effects of short-term supplementation in children appear to be mild.
For now, clinicians in partnership with the parents of their young patients must weigh the pros and cons and determine together whether the beneficial effects of melatonin for head trauma, scoliosis, growth, ASD, and sleep (including that of caregivers) outweigh the risk of any potential impacts on pubertal timing. 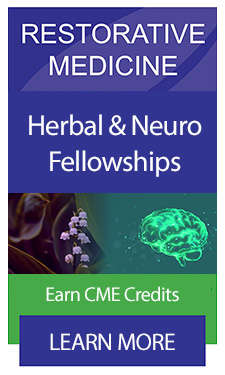